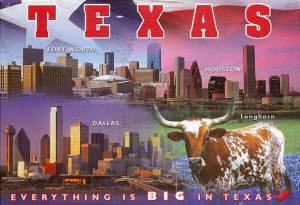 In my mailbox on . Dans ma boite à lettres le

Manor is a city in Travis County, Texas, United States. It is part of the Austin-Round Rock metropolitan area. Manor was so named in 1872 after the town's original Postmaster James Manor. The city was named for James B. Manor, who was born in 1804 and was one the earliest settlers of Travis County. His family had known Sam Houston for many years back in Tennessee and in 1832 Manor came with Houston to Texas.