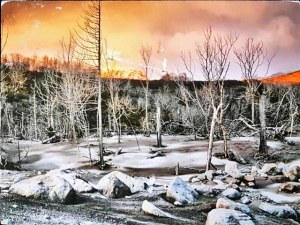 A postcard from Tomsk (Irina)

About this postcard
Tomsk is a city and the administrative center of Tomsk Oblast in Russia, located on the Tom River. Tomsk is considered one of the oldest towns in Siberia. It celebrated its 410th anniversary in 2014. The city is a notable educational and scientific center with six state universities, over 100,000 students, and the oldest university in Siberia.