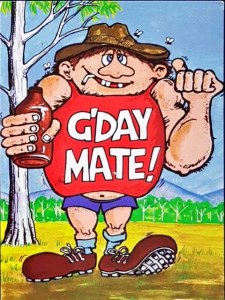 A postcard from Adelaide (Nicki)

About this postcard
Adelaide is the capital city of the state of South Australia, and the fifth-most populous city of Australia. Named in honour of Queen Adelaide, consort to King William IV, the city was founded in 1836 as the planned capital for the only freely-settled British province in Australia. Colonel William Light, one of Adelaide's founding fathers, designed the city centre and chose its location close to the River Torrens, in the area originally inhabited by the Kaurna people and known as Tarndanyangga ("place of the red kangaroo"). Light's design, now listed as national heritage, set out the city centre in a grid layout, interspaced by wide boulevards and large public squares, and entirely surrounded by parklands.