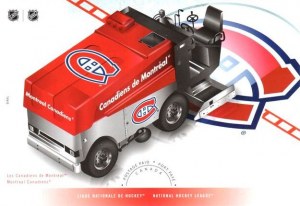 A postcard from Quebec (Joseph)

About this postcard
The National Hockey League (NHL; French: Ligue nationale de hockey—LNH) is a professional ice hockey league composed of 30 member clubs: 23 in the United States and 7 in Canada. Headquartered in New York City, the NHL is widely considered to be the premier professional ice hockey league in the world, and one of the major professional sports leagues in the United States and Canada. The Stanley Cup, the oldest professional sports trophy in North America, is awarded annually to the league playoff champion at the end of each season.