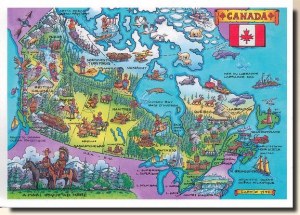 A postcard from Montreal (Marissa)

The language most spoken at home in the city is French by 57% of the population, followed by English at 19% (as of 2006 census). The official language of Montreal is French as defined by the city's charter. Montreal is the second largest primarily French-speaking city in the world, after Paris. Although a few francophone African cities are bigger in size, such as Algiers, Kinsasha, and Abidjan, it is agreed that none of these cities have a significant number of mother-tongue French speakers.