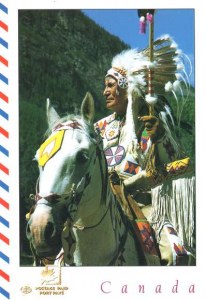 A postcard from Ridgetown (Sierra)

The Cree are one of the largest groups of First Nations/Native Americans in North America, with 200,000 members living in Canada. The major proportion of Cree in Canada live north and west of Lake Superior, in Ontario, Manitoba, Saskatchewan, Alberta and theNorthwest Territories. About 15,000 live in eastern Quebec. In the United States, this Algonquian-speaking people historically lived from Lake Superior westward. Today, they live mostly inMontana, where they share a reservation with the Ojibwe (Chippewa).