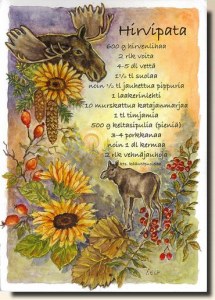 A postcard from Oulu (Hanna)

Oulu is the largest city in Northern Finland and the sixth largest city in the country. Its population growth rate is almost comparable with that of the Helsinki Metropolitan Area. Oulu was founded on April 8, 1605, by King Charles IX of Sweden opposite to the fort built on the island of Linnansaari.