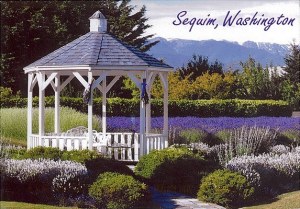 A postcard from Everett, WA (Honeypond)

Everett is the county seat of and the largest city in Snohomish County, Washington, United States. The land on which Everett was founded was surrendered to the United States by its original inhabitants under the 1855 Treaty of Point Elliott. Permanent settlement in the area by European descendants started in 1861 when Dennis Brigham built a cabin on a 160-acre (0.6 km2) claim on the shore of Port Gardner Bay. Over the next several years a handful of settlers moved to the area, but it wasn't until 1890 that plans for platting a town were conceived.