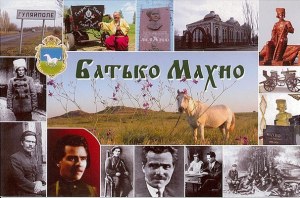 A postcard from Zaporizhia (Serghy)

Zaporizhia or Zaporozhye is a city in southeastern Ukraine, situated on the banks of theDnieper River. It is the administrative center of the Zaporizhia Oblast (province). The city began with a small fortress, built in the steppe in 1775 during the reign of Catherine the Great in order to protect the southern territories from Turkish threats. Fort Alexander, founded in 1770, was only one link in the so-called "Dnieper Fortification Line". The fort was built on the left bank of the Dnieper River across from Khortytsia island. Historians are uncertain when asked in honour of which people the fort was named. Hypotheses were made about the names of Alexander Golitsyn, Alexander Vyazemsky, Alexander Rumyantsev. In 1921 the town was renamed in Zaporizhia (Zaporozhye) (literally, "beyond the rapids").