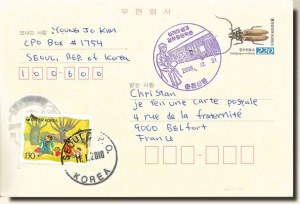 A postcard from Seoul (Arnie)

Seoul, officially the Seoul Special City, is the capital and largest city of South Korea. With a population of over 10 million, it is one of the world's largest cities. The Seoul National Capital Area, which includes the Incheon metropolis and most of Gyeonggi province, has 24.5 million inhabitants, and is the world's second largest metropolitan area. Almost half of South Korea's population live in the Seoul National Capital Area, and nearly a quarter in Seoul itself, making it the country's foremost economic, political, and cultural center. It is an important destination for immigrants to South Korea, with a rapidly growing international population of over 255,000