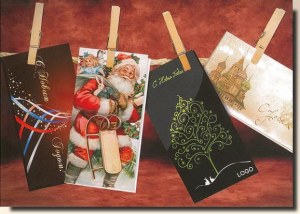 A set of postcards from Moscow (Elvira 1/5)

Russia, also officially known as the Russian Federation is a country in northern Eurasia. It is a federal semi-presidential democratic republic, comprising 83 federal subjects. Russia shares borders with the following countries (from northwest to southeast): Norway, Finland, Estonia, Latvia, Lithuania and Poland (both via Kaliningrad Oblast), Belarus, Ukraine, Georgia, Azerbaijan, Kazakhstan, China, Mongolia, and North Korea. It also has maritime borders with Japan (by the Sea of Okhotsk) and the United States (by the Bering Strait). At 17,075,400 square kilometres (6,592,800 sq mi), Russia is by far the largest country in the world, covering more than a ninth of the Earth's land area. Russia is also the ninth most populous nation in the world with 142 million people. It extends across the whole of northern Asia and 40% of Europe, spanning 11 time zones and incorporating a wide range of environments and landforms. Russia has the world's largest reserves of mineral and energy resources, and is considered an energy superpower. It has the world's largest forest reserves and its lakes contain approximately one-quarter of the world's unfrozen fresh water [wikipedia].