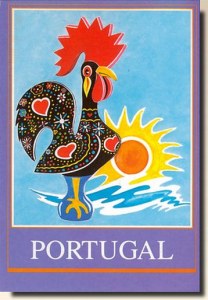 A postcard from Lisboa (Maria)

Lisbon is the capital and largest city of Portugal. It is considered an alpha global city and is the seat of the district of Lisbon and the main city of the Lisbon region. Its municipality, which matches the city proper excluding the larger continuous conurbation, has a municipal population of 564,477 in 84.8 km2, while the Lisbon Metropolitan Area in total has around 2.8 million inhabitants, and 3.34 million people live in the broader agglomeration of Lisbon Metropolitan Region (includes cities ranging from Leiria to Setàºbal.