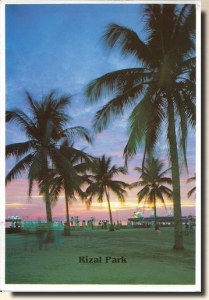 A postcard from Quezon City (Joey)

Quezon City is the former capital and the most populous city in the Philippines. Located on the island of Luzon, Quezon City (popularly known to Filipinos as simply QC) is one of the cities and municipalities that make up Metro Manila, the National Capital Region. The city was named after Manuel L. Quezon, the former president of the Commonwealth of the Philippines who founded the city and developed it to replace Manila as the country's capital. Quezon City is not located in and should not be confused with Quezon province, which was also named after the president.