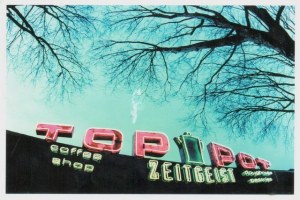 A postcard from Eugene, OR (Ayden)

Eugene is named after its founder, Eugene Franklin Skinner. Until 1889, it was named Eugene City.In 1846, Skinner erected the first cabin in the area. It was used as a trading post and was registered as an official post office on January 8, 1850. At this time the settlement was known as Skinner's Mudhole. It was relocated in 1853 and named Eugene City, but was not formally incorporated as a city until 1862. Skinner later ran a ferry service across the Willamette River where the Ferry Street Bridge now stands.