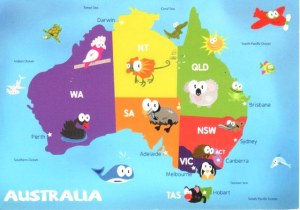 A postcard from Footscray (Christine)

Footscray is a suburb 5 km west of Melbourne, Australia. Its local government area is the City of Maribyrnong. Footscray is characterised by a very diverse, multicultural central shopping area, which reflects the successive waves of immigration experienced by Melbourne, and by Footscray in particular. Once a centre for Greek, Italian and former Yugoslavian migrants, it is now a hub for Vietnamese, and increasingly, East African immigrants in Melbourne. Footscray is named after Foots Cray, on the River Cray in Kent, England.