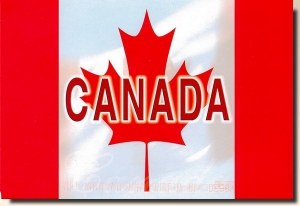 A postcard from Toronto (Heather)

Toronto is the most populous city in Canada and the provincial capital of Ontario. It is located in Southern Ontario on the northwestern shore of Lake Ontario. With over 2.5 million residents, it is the fifth most populous municipality in North America. Toronto is at the heart of the Greater Toronto Area (GTA), and is part of a densely populated region in Southern Ontario known as the Golden Horseshoe, which is home to 8.1 million residents and has approximately 25% of Canada's population. As Canada's economic capital, Toronto is considered a global city and is one of the top financial centres in the world. Toronto's leading economic sectors include finance, business services, telecommunications, aerospace, transportation, media, arts, film, television production, publishing, software production, medical research, education, tourism and sports industries. The Toronto Stock Exchange, the world's seventh largest, is headquartered in the city, along with most of Canada's corporations