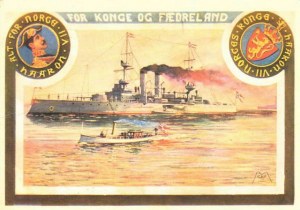 A postcard from Trondheim (Helen)

About this postcard
Trondheim is a city andmunicipality in Sør-Trøndelag county, Norway. Trondheim was named Kaupangen (English: market place or trading place) by Viking King Olav Tryggvason in 997. Shortly thereafter it came to be called Nidaros. In the beginning it was frequently used as a military retainer (Old Norse: "hird"-man) of King Olav I. It was frequently used as the seat of the king, and was the capital of Norway until 1217.