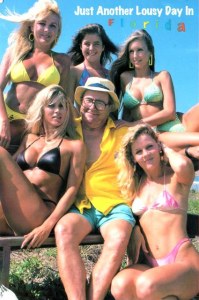 About this postcard
Port Salerno is a census-designated place (CDP) in Martin County, Florida, United StatesIn the 1920s, a small settlement was created in the southern shores of St. Lucie river inlet. It was named "Salerno" because the main settlers were emigrants from the Italian city of Salerno. The area increased in population and importance after World War II, with many people from the northeastern United States moving to Florida. In 1960, the name was changed to Port Salerno, in order to differentiate it from that of the Italian city.