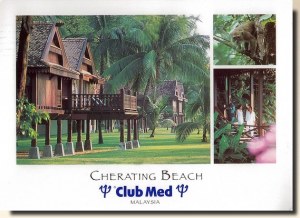 Malaysia is a country in Southeast Asia that consists of thirteen states and three Federal Territories, with a total landmass of 329,845 square kilometres (127,354 sq mi). The capital city is Kuala Lumpur, while Putrajaya is the seat of the federal government. The population stands at over 28 million inhabitants. The country is separated into two regions, Peninsular Malaysia and Malaysian Borneo, by the South China Sea. Malaysia borders Thailand, Indonesia, Singapore and Brunei.