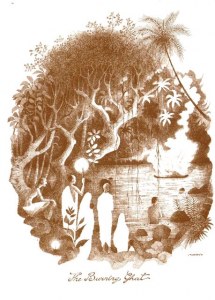 A postcard from Goa (Udaye)

About this postcard
As used in many parts of Northern South Asia, the term ghat refers to a series of steps leading down to a body of water, particularly a holy river. Ghats also specific "shmashana" or "cremation" ghats where bodies are cremated waterside, allowing ashes to be washed away by rivers; notable ones are Nigambodh Ghat and Raj Ghat in Delhi on the Yamuna, that latter of which was the cremation area for Mohandas Karamchand Gandhi and numerous political leaders after him, and the Manikarnika Ghat at Varanasi on the Ganges.