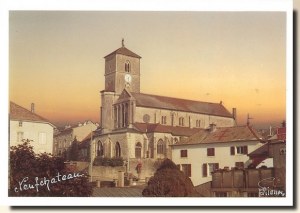 A postcard from Neufchateau (Anne)

Neufchâteau is a commune in the département of the Vosges and in the région of Lorraine in eastern France. One of the oldest towns in Lorraine, Neufchâteau was known as Noviomagus during the Roman period, when it was a market town along the Pretorian road connecting Lyon with Trier. Other names from this period include Noviomagus and Neomagus, which had mutated to Novum Castrum by 1094 when Thierry, son of the Duke Gérard I constructed a castle here.