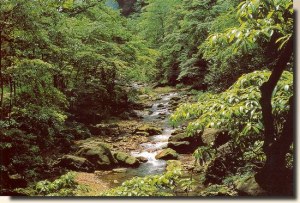 A postcard from Wuhan (LongYu)

Wuhan is the capital of Hubei province, People's Republic of China, and is the most populous city in central China. It lies at the east of Jianghan Plain, and the intersection of the middle reaches of the Yangtze and Han River. Arising out of the conglomeration of three boroughs, Wuchang, Hankou, and Hanyang, Wuhan is known as the "thoroughfare of nine provinces"; it is a major transportation hub, with dozens of railways, roads and expressways passing through the city. The city of Wuhan, first termed as such in 1927, has a population of approximately 9,100,000 people (2006), with about 6,100,000 residents in its urban area. In the 1920s, Wuhan was the capital of a leftist Kuomintang (KMT) government led by Wang Jingwei in opposition to Chiang Kai-shek, now Wuhan is recognized as the political, economic, financial, cultural, educational and transportation center of central China.