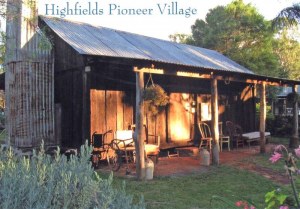 About this postcard
Highfields is both a town and a locality in the Toowoomba Region, Queensland, Australia. The area probably takes its name from the Highfields pastoral run, north of the township. The area was first developed in the 1860s. Initially, there were a number of sawmills in the area, harvesting the local timber. Then the construction of the railway line between Ipswich and Toowoomba (completed in 1867) brought railway workers to the district. As the timber-getters cleared the land, dairy farms were established. The first post office openly briefly in 1866 with a weekly mail service from Toowoomba. It re-opened in 1868 and changed its name in December 1877 to Koojarawon. The Highfields School opened on 17 January 1870 in the Rising Sun Hotel under teacher Mr Larkin. The first school building was constructed in the 1880s. In 1906, the school was renamed Koojarawon.