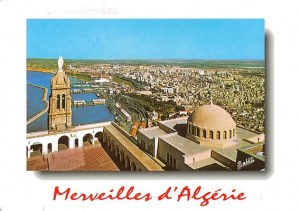 A postcard from Relizane (Sam)

Oran is a major city on the northwestern Mediterranean coast of Algeria, and the second largest city of the country. It is closely associated with its neighboring city, Aïn Témouchent. It is the capital of the Oran Province. Oran is a major port, and since the 1960s has been the commercial, industrial, and educational centre of western Algeria.