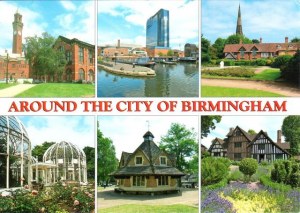 A postcard from Birmingham (June)


Sidmouth is a town situated on the English Channel coast in Devon, South West England. It is a tourist resort and a gateway to the Jurassic Coast World Heritage Site. A large part of the town has been designated a conservation area. Sidmouth appeared in the Domesday Book as Sedemuda. Like many such settlements, it was originally a fishing village. Although attempts have been made to construct a harbour, none has succeeded. A lack of shelter in the bay prevented growth as a port.