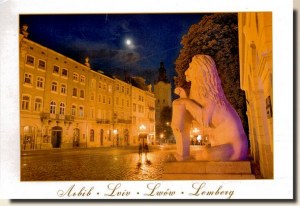 A postcard from Lviv (Alena)

Lviv is a city in western Ukraine. The city is regarded as one of the main cultural centres of today's Ukraine and historically also for Ukraine's neighbour, Poland. The historic centre of Lviv with its old buildings and cobblestone roads has survived the Second World War and the Soviet presence largely unscathed. The city has many industries and institutions of higher education such as the Lviv University and the Lviv Polytechnic. Lviv is a home to many world-class cultural institutions, including philharmonic orchestra and the famous The Lviv Theatre of Opera and Ballet. The historic city centre is on the UNESCO World Heritage List.