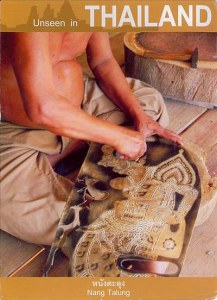 A postcard from Phetchaburi (Fiomi)

Phetchaburi is a town in central Thailand, capital of the Phetchaburi Province. In Thai, Phetchaburi means city of diamonds (buri meaning city in sanskrit). It is approximately 160km south of Bangkok, at the northern end of the Thai Peninsula. As of 2005, the town has a population of 26,181 and covers the two tambon Tha Rap and Khlong Krachaeng.