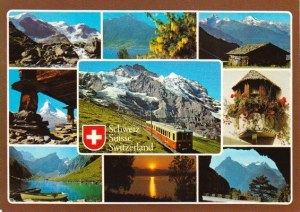 A postcard from Zürich (Märchenfee)

Zurich is the largest city in Switzerland and the capital of the canton of Zurich. It is located in central Switzerland at the northwestern tip of Lake Zurich. Permanently settled for around 7,000 years, the history of Zurich goes back to its founding by the Romans, who, in 15 BC, called it Turicum. During the Middle Ages Zurich gained the independent and privileged status of imperial immediacy and, in 1519, was the place of origin and centre of the Protestant Reformation in German-speaking Switzerland, led by Ulrich Zwingli.