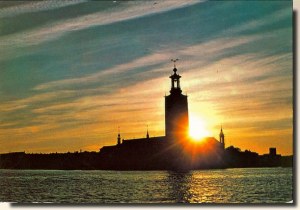 A postcard from Stockholm (Bjarne)

Stockholm is the capital and the largest city of Sweden. It is the site of the national Swedish government, the Riksdag (parliament), and the official residence of the Swedish monarch as well as the prime minister. Since 1980, the monarch has resided at Drottningholm Palace outside of Stockholm and uses the Royal Palace of Stockholm as his workplace and official residence. Founded circa 1250, Stockholm has long been one of Sweden's cultural, media, political, and economic centres. Its strategic location on 14 islands on the south-central east coast of Sweden at the mouth of Lake Màlaren, by the Stockholm archipelago, has been historically important. Stockholm is known for its beauty, its buildings and architecture, its abundant clean and open water, and its many parks. It is sometimes referred to as Venice of the North.