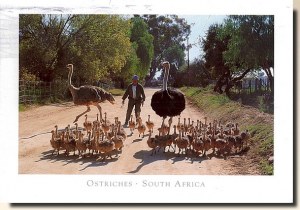 A postcard from Bloemfontein (Laurent)

Bloemfontein is the capital city of the Free State Province of South Africa; and, as the judicial capital of the nation, one of South Africa's three national capitals – the other two being Cape Town, the legislative capital, and Pretoria, the administrative capital. Bloemfontein is popularly and poetically known as "the city of roses", owing to the abundance of these flowers and the annual rose festival held there. The city's Sesotho name isMangaung, meaning "place of cheetahs" and it has been included in the Mangaung Local Municipality since 2000.