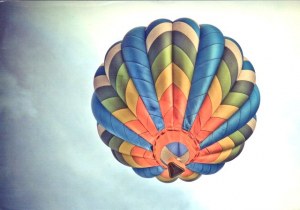 A postcard from Saint Petersburg (Olga)

About this postcard
The hot air balloon is the oldest successful human-carrying flight technology. The first hot-air balloon flown in the United States was launched from the Walnut Street Jail in Philadelphia on January 9, 1793 by the French aeronaut Jean Pierre Blanchard. The first untethered manned hot air balloon flight was performed by Jean-François Pilâtre de Rozierand François Laurent d'Arlandes on November 21, 1783, in Paris, France, in a balloon created by the Montgolfier brothers. Hot air balloons that can be propelled through the air rather than simply drifting with the wind are known as thermal airships.