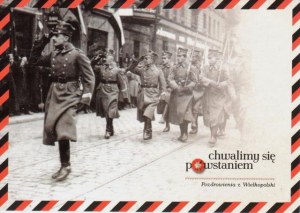 A postcard from Poznań (Marta)


Ignacy Paderesski played an important role in meeting with President Woodrow Wilson and others in obtaining the explicit inclusion of independent Poland as point 13 in Wilson's peace terms, the Fourteen Points. At the end of the war, with the fate of the city of Poznań and the whole region of Greater Poland (Wielkopolska) still undecided, Paderewski visited Poznań. With his public speech on 27 December 1918, the Polish inhabitants of Poznań began a military uprising against Germany, called the Greater Poland Uprising.