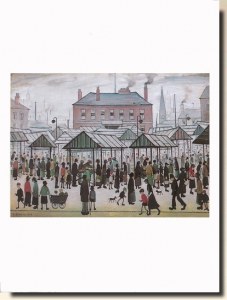 A postcard from Cleveland, OH (Dianne)

Cleveland is a city in the U.S. state of Ohio and the county seat of Cuyahoga County, the most populous county in the state. The municipality is located in northeastern Ohio on the southern shore of Lake Erie, approximately 60 miles (100 km) west of the Pennsylvania border. It was founded in 1796 near the mouth of the Cuyahoga River, and became a manufacturing center owing to its location at the head of numerous canals and railroad lines. With the decline of heavy manufacturing, Cleveland's businesses have diversified into the service economy, including the financial services, insurance, legal, and healthcare sectors, though the city's population has continued to decline. Cleveland is also home to the Rock and Roll Hall of Fame [wikipedia].