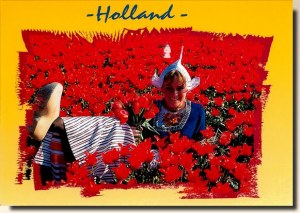 A postcard from Rotterdam (Sandra)

Holland is a name in common usage given to a region in the western part of the Netherlands. Moreover, the term Holland is frequently used to refer to the whole of the Netherlands. This usage is unofficial and ambiguous but generally accepted. From the 10th century to the 16th century Holland proper was a unified political region, a county ruled by the Count of Holland. By the 17th century, Holland had risen to become a maritime and economic power, dominating the other provinces of the Dutch Republic. Today, the former County of Holland consists of the two Dutch provinces of North Holland and South Holland, which together include the Netherlands' three largest cities: country capital Amsterdam, seat of government, The Hague, and Rotterdam, home of Europe's largest port [wikipedia].