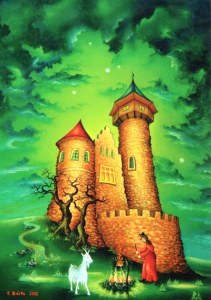 A postcard from Most (Sofinka and Mum)