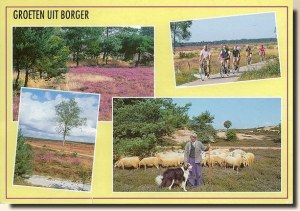 A postcard from Breda (Desiree)

Breda is a municipality and a city in the southern part of the Netherlands. The name Breda derived from brede Aa ('broad Aa') and refers to the confluence of the rivers Mark and Aa. As a fortified city, the city was a strategic military and political significance. Although a direct Fiefdom of the Holy Roman Emperor, the city obtained a municipal charter; the acquisition of Breda, through marriage by the house of Nassau insured that Breda would be at the center of political and social life in the Lowlands [wikipedia].