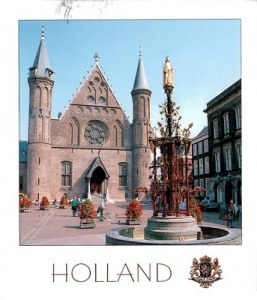 A postcard from Almelo (Diana)

Almelo is a municipality and a city in the eastern Netherlands. The main population centres in the town are Aadorp, Almelo, Mariaparochie and Bornerbroek. At the end of the 19th century textile emerged as a major employer and drew many workers to Almelo, at first from within the Netherlands. Since the 1960s workers from Spain and Turkey came to Almelo. The first mosque of the Netherlands was built in Almelo in 1976 for the Turkish population of the city.