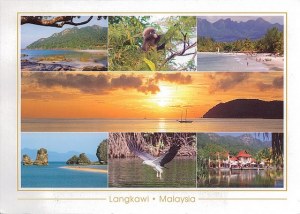 A postcard from Alor Setar (Irani)

Alor Setar, known as Alor Star between 2004 and 2008, is the state capital of Kedah, Malaysia, and Kota Setar District's Administrative Centre. It is also a distribution center for manufacturing and agricultural products such as paddy, and the royal seat of the Kedah state since the establishment of this city. The city, which has an urban population of approximately more than 300,000, is one of the region’s oldest cities.