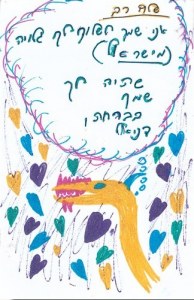 A postcard from Jerusalem (Daniel)

Jerusalem is a holy city to the three major Abrahamic religions (Judaism, Christianity and Islam) . In Judaism, Jerusalem has been the holiest city since, according to the Biblical Old Testament, King David of Israel first established it as the capital of the united Kingdom of Israel in c. 1000 BCE, and his son Solomon commissioned the building of the First Temple in the city. In Christianity, Jerusalem has been a holy city since, according to the New Testament, Jesus was crucified in c. 30 CE and 300 years later Saint Helena found the True Cross in the city. In Sunni Islam, Jerusalem is the third-holiest city. It became the first Qibla, the focal point for Muslim prayer (Salah) in 610 CE, and, according to Islamic tradition, Muhammad made hisNight Journey there ten years later. As a result, and despite having an area of only 0.9 square kilometres (0.35 sq mi), the Old City is home to sites of key religious importance, among them the Temple Mount, the Western Wall, the Church of the Holy Sepulchre, the Dome of the Rock and al-Aqsa Mosque.