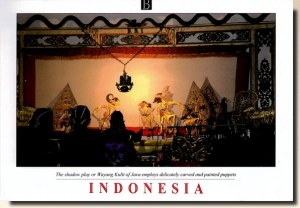 A postcard from Malang (Martha)

Malang is the second largest city in East Java province, Indonesia. It has an ancient history dating back to the Mataram Kingdom. The city population at the present time is around 780,000. During the period of Dutch colonization, it was a popular destination for European residents. The city is famous for its cool air and the surrounding country regions of Tumpang, Batu, Singosari, and Turen. People in East Java sometimes call it "Paris van East Java." Malang was spared many of the effects of the Asian financial crisis, and since that time it has been marked by steady economic and population growth.