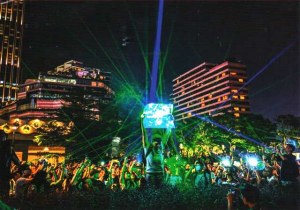 A postcard from Hong Kong (Sandy)

About this postcard
The 2019–20 Hong Kong protests are a series of protests triggered by the introduction of the Fugitive Offenders amendment bill by the Hong Kong government. Had it been enacted, the bill would have allowed the extradition of wanted criminal suspects and criminal fugitives to territories with which Hong Kong does not currently have extradition agreements, including Mainland China and Taiwan. This led to concerns by some that the bill would subject Hong Kong residents and visitors to the jurisdiction and legal system of Mainland China, thereby undermining the region's autonomy and people's civil liberties, and infringe on privacy and freedom of speech laws. As the protests progressed, the protesters laid out five key demands, namely the withdrawal of the bill, an investigation into alleged police brutality and misconduct, the release of all arrested protesters, a retraction of the official characterisation of the protests as "riots", and Chief Executive Carrie Lam's resignation along with the introduction of universal suffrage for election of the Legislative Council and the Chief Executive.