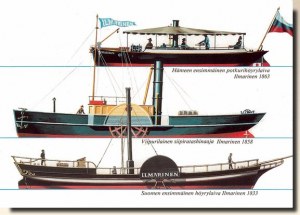 A postcard from Helsinki (Ada)

Date of dispatch : Not canceled!

The Swedish name Helsingfors is the original name of the city of Helsinki, and is still the official Swedish name for the city. The Finnish name, Helsinki, has been dominant in non-Scandinavian languages for decades. The Swedish name Helsingfors comes from the name of the surrounding parish, Helsinge (source for Finnish Helsinki) and the rapids (in Swedish: fors), which flowed through the original town. The name Helsinge was probably given by medieval Swedish settlers who originated from the area of Halsingland in Sweden.