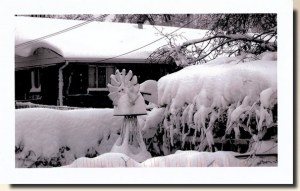 A postcard from Denver, CO

Denver City was founded in November 1858 as a mining town during the Pikes Peak Gold Rush in western Kansas Territory. That summer, a group of gold prospectors from Lawrence, Kansas, arrived and established Montana City on the banks of the South Platte River. This was the first settlement in what was later to become the city of Denver. The site faded quickly, however, and by the summer of 1859 it was abandoned in favor of Auraria (named after the gold-mining town of Auraria, Georgia), and St. Charles City. The Montana City site is now Grant-Frontier Park and includes mining equipment and a log cabin replica [wikipedia].