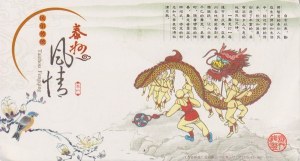 A postcard from Shangai (Leilei)

Shanghai is one of the largest cities by population in the People's Republic of China, and the world. The city is located in eastern China, at the middle portion of the Chinese coast, and sits at the mouth of the Yangtze River. Due to its rapid growth over the last two decades it has again become a global city, exerting influence over finance, commerce, fashion, technology and culture.