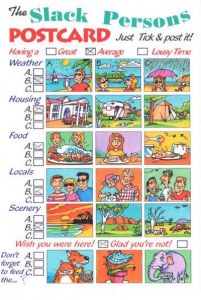 A postcard from Robertson (Lauren)

Robertson is a large village in the Southern Highlands of New South Wales, Australia, in Wingecarribee Shire. The town is located on the edge of an elevated plateau (the Illawarra escarpment) about 35 km from the coast. Robertson is known for its high annual rainfall and fertile soil. It was previously covered by an extensive temperate rainforest, most of which has been cleared for farming though remnants such as Robertson Nature Reserve still exist today. The town is colloquially known as "Robbo" by the locals.